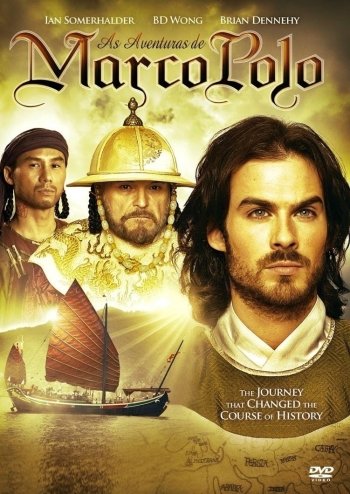 Info
Alpha Coders 1 Images
Interact with the Movie: Favorite I've watched this I own this Want to Watch Want to buy
Movie Info
Synopsis: Assigned to accompany two priests on a mission to convert the court of Kublai Khan to Christianity, Marco Polo is abandoned in the mountains when the priests, doubting the very existence of China, turn back. Polo eventually pushes bravely forth alone toward the fabled country where he is accepted as an envoy into Khan's court. Marooned on the far side of the world, Polo, accompanied by his servant, Pedro, advances as a Mongol grandee for twenty extraordinary years. What he eventually brings back with him to the West is a chronicle that changed history forever.