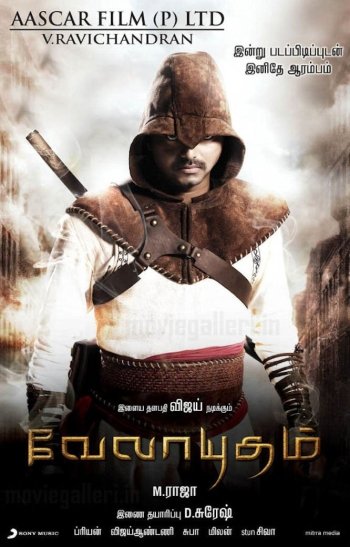 Info
Alpha Coders 1 Images
Interact with the Movie: Favorite I've watched this I own this Want to Watch Want to buy
Movie Info
Synopsis: The film opens in Chennai with a crusader television journalist Bharati (Genelia) trying to unravel corruption in high places. The state Home minister is hand in gloves with terrorists who are planning to create tension and planting bombs in Chennai. One day while escaping after a sting operation on city's nefarious activities she gets badly beaten and her two friends killed. At the same time in an accident, the thugs who had brutally bashed her meets with an accident and gets killed. Bharati creates an imaginary character called Velayudham and writes a note that he wants to clean up the city of the bad guys! Written by Captain