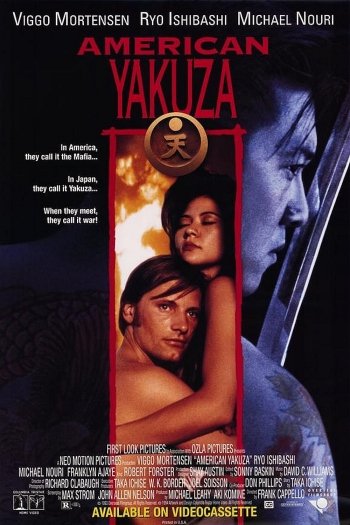 Info
Alpha Coders 1 Images
Interact with the Movie: Favorite I've watched this I own this Want to Watch Want to buy
Movie Info
Synopsis: When Nick Davis leaves prison after one year in solitaire, he is hired to operate forklift in a warehouse in the harbor owned by the Japanese Yakuza patriarch Isshin Tendo. The place is assaulted by the Italian Mafia leaded by Dino Campanela and Nick rescues and saves the life of Shuji Sawamoto, who is the representative of Yakuza interests in America. Shuji hires Nick to work for Yakuza and becomes his godfather in the family after his oath to join Yakuza. However, Nick is a lonely FBI undercover agent assigned to penetrate in the criminal organization. When the FBI discovers that Campanela is organizing a massive attack to destroy the Yakuza, Nick's boss Littman calls off the operation to leave the dirty work to the Italian Mafia. But the connection of Nick with Shuji and his goddaughter Yuko forces him to help his Japanese family.


Tagline: The mob has a new enemy.