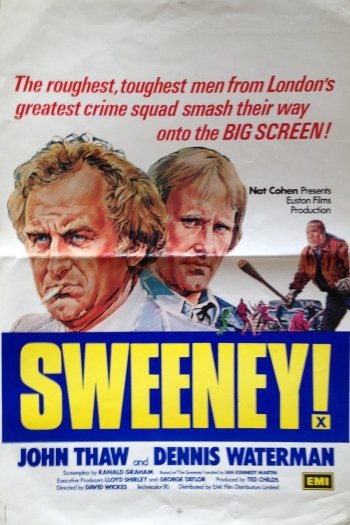 Info
Alpha Coders 1 Images
Interact with the Movie: Favorite I've watched this I own this Want to Watch Want to buy
Movie Info
Synopsis: The film followed the adventures of DI Regan and DS Carter as they became embroiled in a deadly political scandal. One of the leading members of the government, Charles Baker (Ian Bannen) is about to secure a huge deal with OPEC stabilising the world oil market and boosting Britain's position within it. Baker is the rising star of government, regarded a future prime minister, who is closely controlled by his urbane, manipulative American press secretary Elliot McQueen (Barry Foster). When Regan investigates the mysterious death of a prostitute as a favour to one of his informants, he becomes aware that Baker and McQueen might be involved. A spate of killings follow - which sees Regan take on both the criminals and the hierarchy of the Metropolitan Police and British security services. The outcome of the film was similar to that of the Profumo affair, through with a typical Sweeney bittersweet ending.