Movie Abyss You Hurt My Feelings 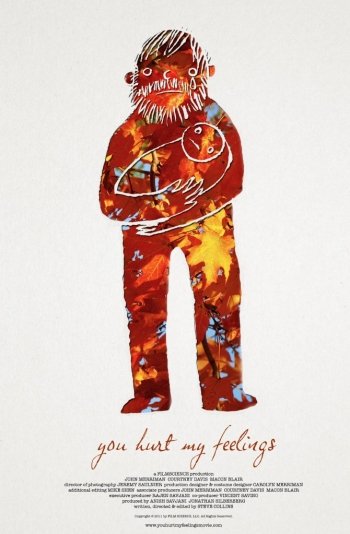 You Hurt My Feelings

Info
1 Images
Interact with the Movie: Favorite I've watched this I own this Want to Watch Want to buy
Movie Info
Synopsis: Children and nature shine in this melancholy love story about Johnny, a male nanny who tries to win back his girlfriend after she takes up with a man who looks just like him. The film tracks the growth of the relationship over four seasons in New England, as Johnny’s emotional problems sabotage his attempts to put together a family like the one he takes care of. A drama with the humor of spring and the sorrow of winter, YOU HURT MY FEELINGS speaks with the honesty of a child about people struggling to let go of darkness and find love.