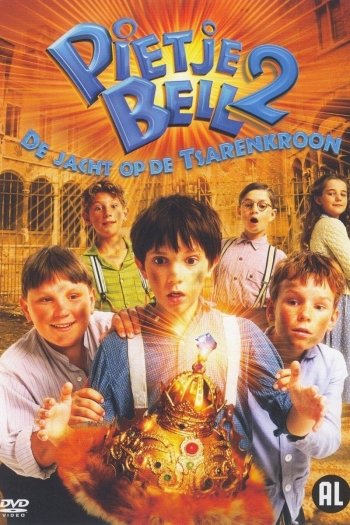 Info
1 Images
Interact with the Movie: Favorite I've watched this I own this Want to Watch Want to buy
Movie Info
Synopsis: When drug store owner Geelman's watch is missing, he accused incorrigible rascal Pietje Bell. The boy is thrown in jail without trial, but quickly escapes and is proved innocent. During his short prison stay he met gang mate Willem Sproet's dad Jan Lampe, who wants to resume contact, and crime lord Stark, who buys himself a luxury regime in jail and keeps organizing crime from within. Pietje mobilizes his 'Robin Hood'-type gang of the Black Hand. Pietje also causes havoc at a party to 'punish' his sister Martha's lover, newspaper owner Paul Velinga, who means well and gets abducted to be extorted in jail solitary by Stark. That opens the way for Geelman's son Joost, which Pietje and his gang must prevent. Stark meanwhile plans to have a Russian czarist crown stolen from a visiting exposition, but Pietje is tipped off.

The Girl on the Broomstick