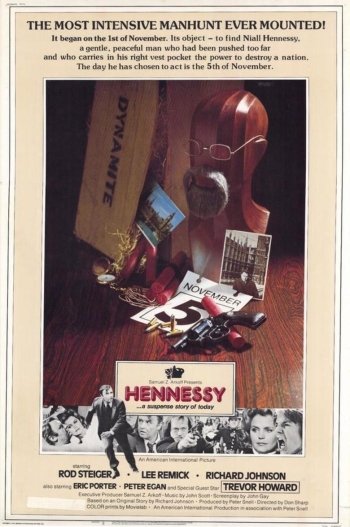 Info
Alpha Coders 1 Images
Interact with the Movie: Favorite I've watched this I own this Want to Watch Want to buy
Movie Info
Synopsis: Set in the Seventies, Hennessy is a Irishman who believes in peace, but who has had connections to the IRA. Hennessy's family is killed, and he plots revenge, setting out to assassinate Queen Elizabeth of England.


Tagline: The Most Intensive Manhunt Ever Mounted!