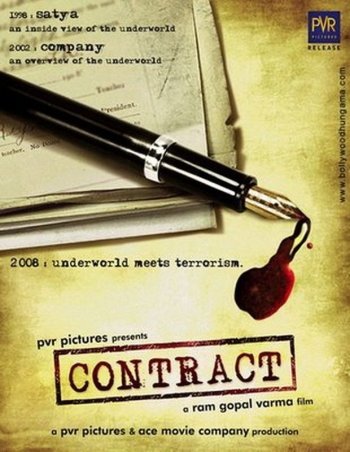 Info
Alpha Coders 1 Images
Interact with the Movie: Favorite I've watched this I own this Want to Watch Want to buy
Movie Info
Synopsis: Contract is a Hindi film by Ram Gopal Verma, where the story revolves around an ex-commando man, Aman, whose wife and daughter are killed in a terrorist attack. A top undercover cop then approaches Aman to collaborate with him to hunt the mastermind of these terrorist attacks Sultan, who is planning another big attack on the city of Mumbai. With meticulous planning, Aman infiltrates the underworld gangs to reach Sultan, the chief mentor.