Interact with the Movie: Favorite I've watched this I own this Want to Watch Want to buy
Movie Info
Synopsis: Gabrielle Van Der Mal gave up everything to become a nun. But her faith and her vows are forever being tested: first in the missionary Congo hospital where she assists the brilliant and handsome Dr. Fortunati and then at the mother house in France when World War II has broken out and the nuns are forbidden by the order to take sides.


Tagline: Her Faith Remained Strong and True in the Face of Africa's Terrors!

View the Full Cast of The Nun's Story 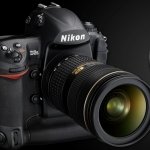 Where the Heart Is
À San Remo