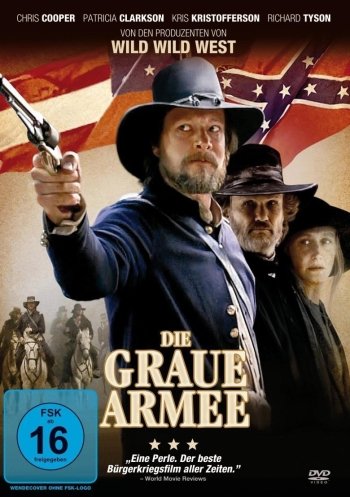 Info
1 Images
Interact with the Movie: Favorite I've watched this I own this Want to Watch Want to buy
Movie Info
Synopsis: Union soldiers in search of food descend on the farm of a Confederate family and decide to stay until one in their ranks' wounds have healed. While the war weary Union captain (Chris Cooper) falls for the mother of the family (Patricia Clarkson) - whose husband is off fighting for the rebels - her son plots revenge on the dirty, double-dealing Yankees. Co-stars Kris Kristofferson.