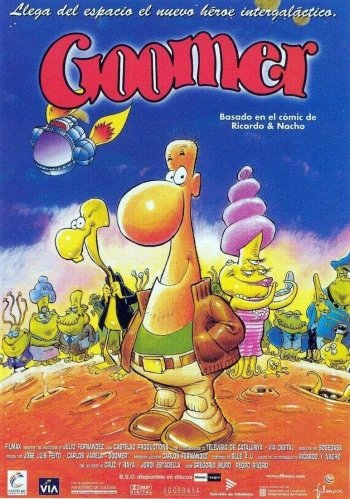 Info
1 Images
Interact with the Movie: Favorite I've watched this I own this Want to Watch Want to buy
Movie Info
Synopsis: Goomer is an intergalactic space trucker who lands in an unknown planet and finds it impossible to leave. After a long intergalactic trip his robot assistant wakes Goomer - they are approaching a planet that shows signs of life. Goomer sees the possibility of making business and rapidly getting rich since nobody there knows his reputation. Goomer hopes to become a celebrity as the first human to landed on this planet. But nobody really cares for him - at first.