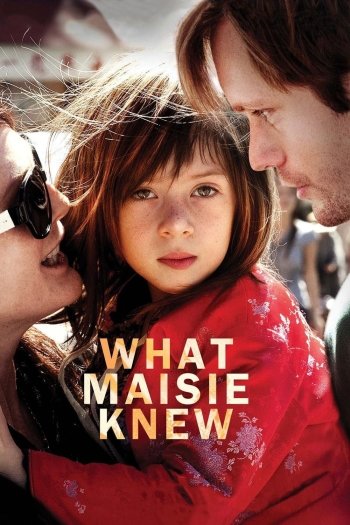 Info
Alpha Coders 1 Images
Interact with the Movie: Favorite I've watched this I own this Want to Watch Want to buy
Movie Info
Synopsis: Based on the Henry James novella, the story frames on 7-year-old Maisie, caught in a custody battle between her mother – a rock and roll icon – and her father. What Maisie Knew is an evocative portrayal of the chaos of adult life seen entirely from a child’s point of view.


Tagline: Based on the novel by Henry James