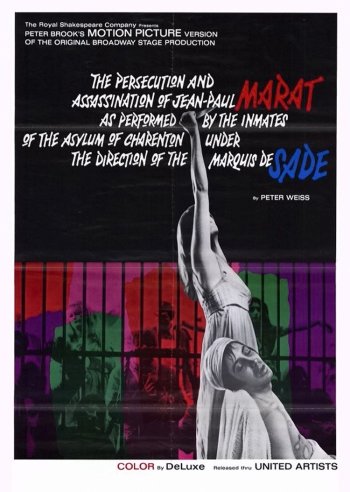 Info
1 Images
Interact with the Movie: Favorite I've watched this I own this Want to Watch Want to buy
Movie Info
Synopsis: In Charenton Asylum, the Marquis de Sade directs a play about Jean Paul Marat's death, using the patients as actors. Based 'The Persecution and Assassination of Jean-Paul Marat as Performed by the Inmates of the Asylum of Charenton Under the Direction of the Marquis de Sade', a 1963 play by Peter Weiss.