Movie Abyss What You Don't See 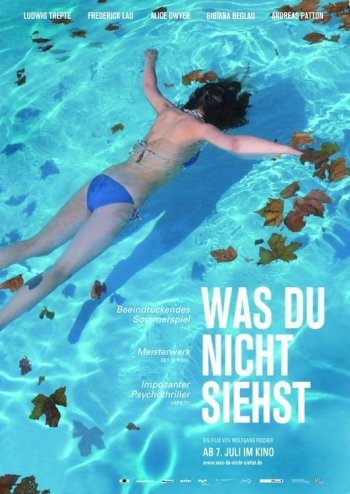 What You Don't See

Interact with the Movie: Favorite I've watched this I own this Want to Watch Want to buy
Movie Info
Synopsis: Two strangers have a strong impact on a young man who's spending some time with his family in this drama from Germany. Seventeen-year-old Anton has been struggling to make sense of his life since his father committed suicide when Anton was attending boarding school. Anton's mother, Luiza, wants to mend her strained relationship with her son and introduce him to her boyfriend, Paul, so she arranges for them to take a vacation together.