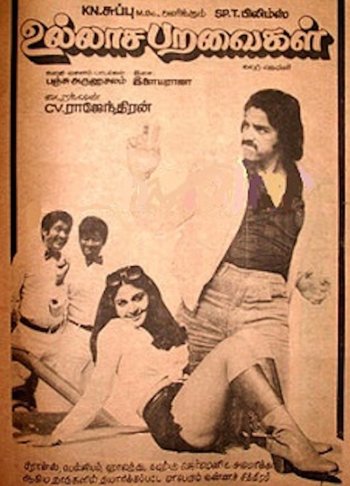 Interact with the Movie: Favorite I've watched this I own this Want to Watch Want to buy
Movie Info
Synopsis: Ullasa Paravaigal is a Tamil language film starring Kamal Haasan in the lead role of the protagonist. Ravi is in denial about his mental health as a result of the death of his girlfriend. His father and friend Raju played by Suruli_Rajan hatch a plan to take him overseas to get him treatment for his illness. He meets his childhood friend Nirmala Rati Agnihotri. With the help of Nirmala and Raju, Ravi gets better.