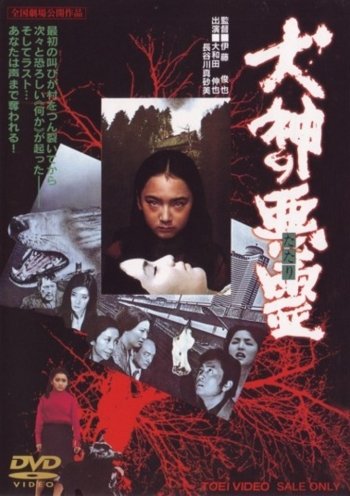 Curse of the God Dog

Interact with the Movie: Favorite I've watched this I own this Want to Watch Want to buy
Movie Info
Synopsis: In a rural village with a poorly understood but long standing curse from the Dog God, outsiders from a major Tokyo mining corporation scouting for uranium destroy a small shrine and crush a dog under their jeep wheels. After one of the mining company employees marries the daughter of a prominent member of the village, the Dog God’s wrath boils over and people start to die. The village girl and mining company employee start a new life in Tokyo, but the Dog God possesses her and she is deemed mentally ill. The couple returns to the village to perform an exorcism, but it is unsuccessful. As the body count accumulates, the cause of and remedy for the curse becomes more opaque.