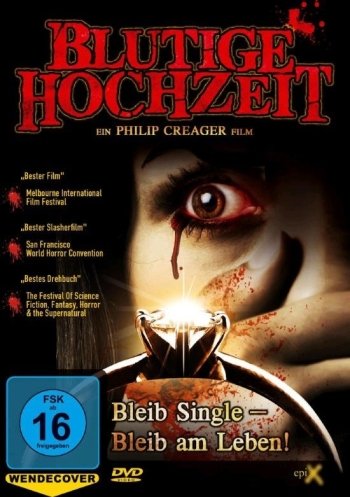 Interact with the Movie: Favorite I've watched this I own this Want to Watch Want to buy
Movie Info
Synopsis: Two police detectives try to track down a vicious serial killer bent on reclaiming his mother's family heirloom wedding ring as it passes from bride to bride with the killer always one step behind, and the detectives one step behind the killer.