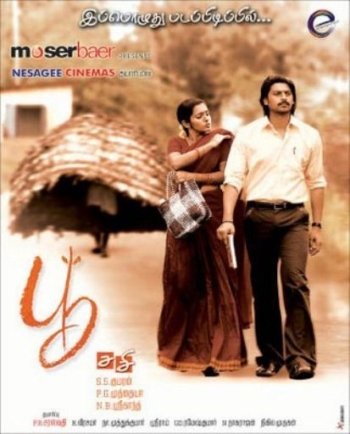 Interact with the Movie: Favorite I've watched this I own this Want to Watch Want to buy
Movie Info
Synopsis: Poo (English: Flower) is a Tamil language film released in November 2008. It stars Srikanth and Parvathi Menon in the lead roles. Upon release the film opened to widespread critical acclaim and turned out to be one of the best films of that year.

The Two Worlds of Jennie Logan