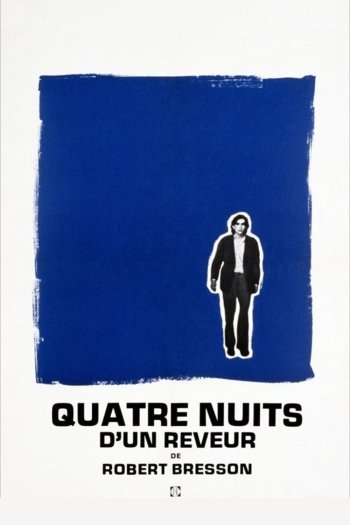 Four Nights of a Dreamer

Interact with the Movie: Favorite I've watched this I own this Want to Watch Want to buy
Movie Info
Synopsis: A loose adaptation of Dostoyevsky's novella White Nights, with the action transposed from 19th century Russia to modern-day France. One night, Jacques, a young man with artistic aspirations, sees a girl trying to commit suicide by jumping from a bridge. When he prevents her from jumping, Marthe tells him that she has become desperate waiting for her lover, who left her almost a year ago but promised to return. Jacques asks Marthe to meet him by the bridge the next night and the girl agrees. They spend the following three nights wandering through Paris, and Jacques tries in vain to cure Marthe of the memories of her elusive lover.