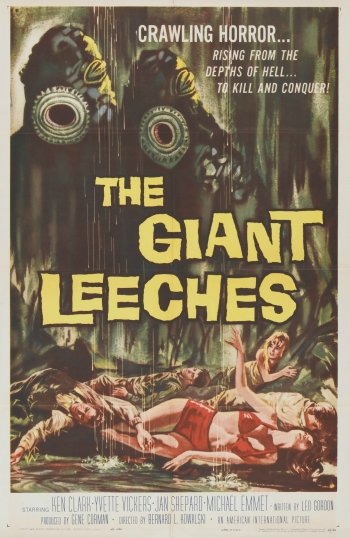 Attack of the Giant Leeches

Info
1 Wallpapers
Interact with the Movie: Favorite I've watched this I own this Want to Watch Want to buy
Movie Info
Synopsis: In a community nearby a swamp, a local dweller sees a couple of giant monsters but nobody believes on his words. Later, the cuckold Dave Walker (Bruno Ve Sota) finds his slut wife Liz Walker (Yvette Vickers) cheating him with his friend Cal Moulton (Michael Emmett). He chases the couple through the swamp, and forces them to jump into the water. The leeches attack them, and the shocked Dave is arrested, accused of murder. Two other locals decide to look for the bodies of Liz and Cal to get the prize of US$ 50.00 per body, and also vanish in the swamp. Finally, Sheriff Steve Benton (Ken Clark) organizes a patrol to investigate the caves under the swamp, finding the lethal giant leeches. 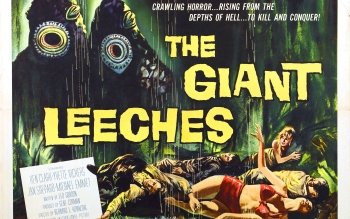 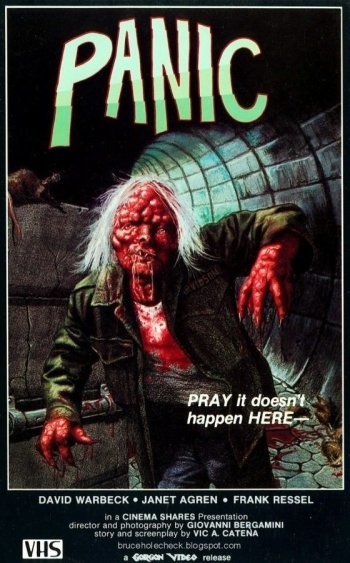 Creature of the Walking Dead

Horror of the Humongous Hungry Hungan

Half Human: The Story of the Abominable Snowman