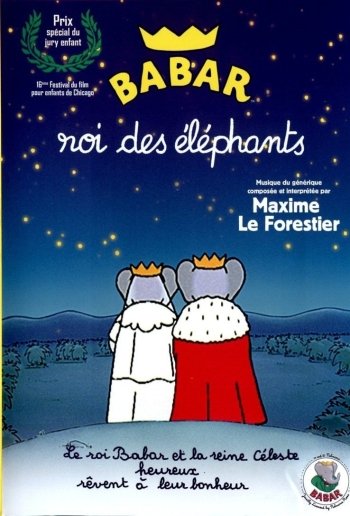 Babar: King of the Elephants

Interact with the Movie: Favorite I've watched this I own this Want to Watch Want to buy
Movie Info
Synopsis: Babar is a young elephant in the great forest. Whilst out with his mother a hunter kills his mother and he flees to escape the same fate. He eventually finds himself in a human city and experiences the many differences between city and forest life. Treated as an outsider he is taken in by an elderly woman, dressed in fancy suits, taught to write and count and is brought up in human culture.