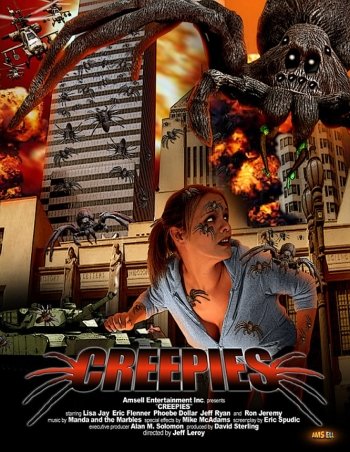 Interact with the Movie: Favorite I've watched this I own this Want to Watch Want to buy
Movie Info
Synopsis: Deadly spiders are accidentally unleashed from a top-secret military installation. Army specialists and Tanks are called in to exterminate the deadly predators, but the outbreak is worse than expected. Weapons of mass destruction have little or no effect on the venomous spiders. Civilians are strangled with spider webs and eaten alive. The Military in a desperate effort to eradicate the killer spiders, decide to demolish the entire city.