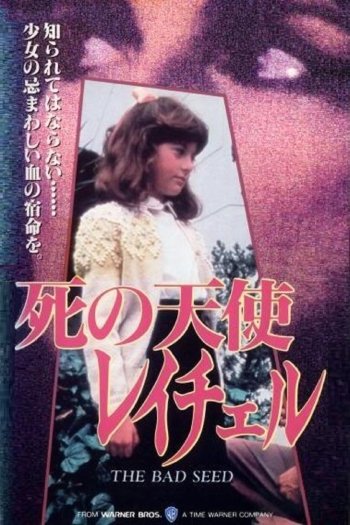 Interact with the Movie: Favorite I've watched this I own this Want to Watch Want to buy
Movie Info
Synopsis: Rachel is a 9-year-old girl who is perfection itself - unless she's crossed or challenged. Several disturbing recent incidents have led Rachel's mother Christine to suspect that her child is a latent murderess. Upon discovering that she herself is the daughter of a convicted killer, Christine becomes convinced that sweet little Rachel is a "bad seed" - an inherent killer who feels no remorse because she doesn't know any better.