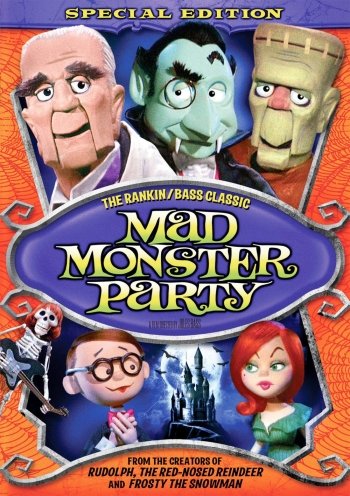 Interact with the Movie: Favorite I've watched this I own this Want to Watch Want to buy
Movie Info
Synopsis: When Dr Frankenstein decides to retire from the monster-making business, he calls an international roster of monsters to a creepy convention to elect his successor. Everyone is there including Dracula, The Werewolf, The Creature, Dr Jekyll & Mr Hyde and many more. But Frankenstein's title is not all that is at stake. The famous doctor has also discovered the secret of total destruction that must not fall into the wrong hands!


Tagline: It's the Silliest Party of the Year...and you're all invited!