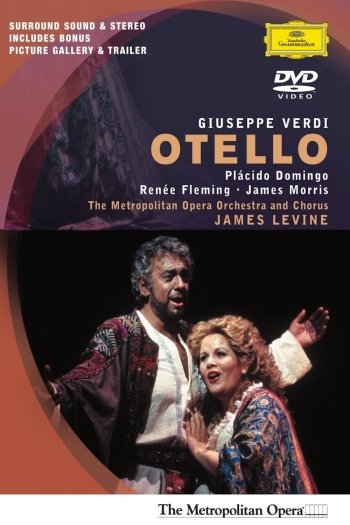 Info
Alpha Coders 1 Images
Interact with the Movie: Favorite I've watched this I own this Want to Watch Want to buy
Movie Info
Synopsis: Verdi’s monumental score is fully the equal of Shakespeare’s famous tragedy—and both demand great actors. This is one performance where both playwright and composer are well served. Plácido Domingo’s Otello is one of the glories of the operatic world, beautifully sung and so commandingly acted that audiences are devastated by the end. Renée Fleming’s ravishingly beautiful Desdemona is deeply moving, and as Iago, James Morris is as beguiling as he is menacing. Under James Levine’s conducting the Met orchestra and chorus are vital characters in the drama.