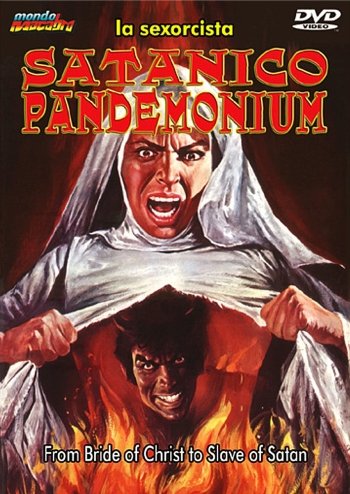 Interact with the Movie: Favorite I've watched this I own this Want to Watch Want to buy
Movie Info
Synopsis: Sister Maria is known in the convent for her good works and charity, but, in the secret depths of her sexual fantasies, she is tormented by visions of another world - a world where her forbidden passions are allowed to run free. In this world Satan is her master. As her acts of violence and blasphemy mount, Maria realizes that she has been chosen by the Devil to destroy the convent and lead her sister nuns into hell!


Tagline: From bride of Christ to slave of Satan!