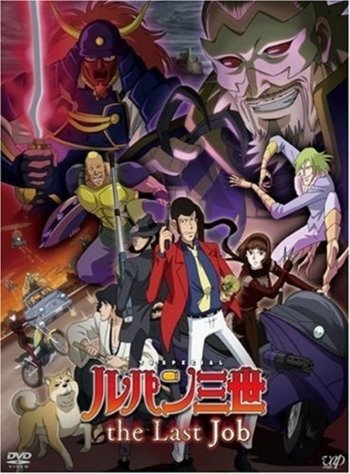 Lupin the Third: The Last Job

Interact with the Movie: Favorite I've watched this I own this Want to Watch Want to buy
Movie Info
Synopsis: Lupin begins his heist of stealing a newly discovered Japanese cultural treasure being transported in Germany. During his attempt to steal the treasure he witness the always ambitous Zenigata's "suppose" death. A ninja clan who is also interested in the treasure were responsible for the Inspector's death. Lupin and his friends will try to prevent the ninja clan from obtaining what they seek. Along with the help of a ninja girl and a mysterious raven hair woman.