Info
Alpha Coders 1 Wallpapers 14 Images
Interact with the Movie: Favorite I've watched this I own this Want to Watch Want to buy
Movie Info
Synopsis: In the near future, a police officer specializes in malfunctioning robots. When a robot turns out to have been programmed to kill, he begins to uncover a homicidal plot to create killer robots... and his son becomes a target.


Tagline: IT IS THE FUTURE. Machines are being programmed to turn against us. Someone must stop the madman who started it all.

View the Full Cast of Runaway 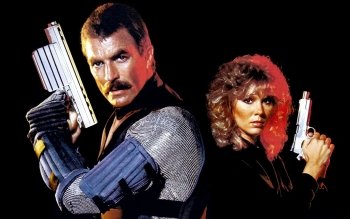