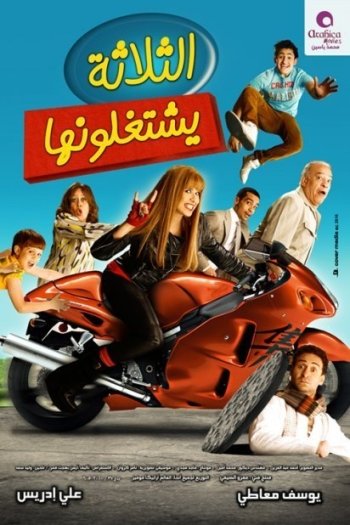 Interact with the Movie: Favorite I've watched this I own this Want to Watch Want to buy
Movie Info
Synopsis: The events revolve around the conflict between the girl and three men at one time, resulting in a lot of comedy, dealing with the phenomenon of new and serious on the communities of East and is the adoption of most young people in this age for girls, both sisters, granules or even friends - physically in unusual in Eastern societies in previous eras where the young man is no longer ashamed to get money from his sister or his lover or his girlfriend.