Info
Alpha Coders 1 Wallpapers 2 Images
Interact with the Movie: Favorite I've watched this I own this Want to Watch Want to buy
Movie Info
Synopsis: Richthofen goes off to war like thousands of other men. As fighter pilots, they become cult heroes for the soldiers on the battlefields. Marked by sportsmanlike conduct, technical exactitude and knightly propriety, they have their own code of honour. Before long he begins to understand that his hero status is deceptive. His love for Kate, a nurse, opens his eyes to the brutality of war.

View the Full Cast of The Red Baron 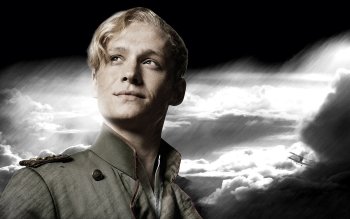 Amelia
Airwolf: The Movie
The High and the Mighty
The Spirit of St. Louis
All the Way Boys
Cry of the Innocent
Island in the Sky

The Concorde... Airport '79
The Great Lie
X312 - Flight to Hell
It Happened at the World's Fair