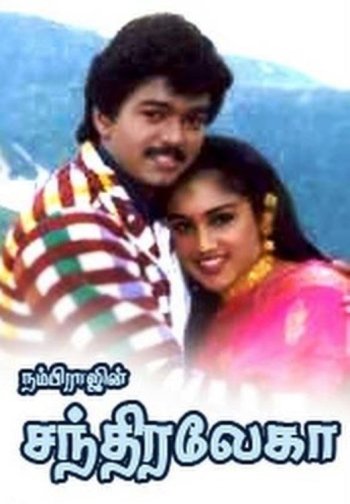 Interact with the Movie: Favorite I've watched this I own this Want to Watch Want to buy
Movie Info
Synopsis: Chandralekha starring by vijay and Vanitha vijayakumar. An orthodox brahmin girl falls in love with Muslim boy Rahim. Their families don't accept it. Meanwhile, the lovers try to run away from everybody, but are caught by militants in the forest.They are rescued from the militants by the police and brought safely to the village. Finally they overcome all of their problems thanks to their love. The message of the movie is that love should be beyond religion, caste, and creed.