Movie Abyss Law of the Lash 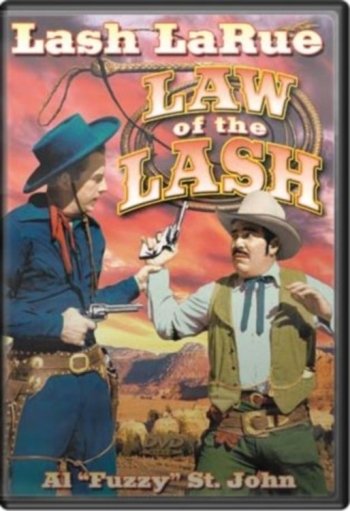 Law of the Lash

Interact with the Movie: Favorite I've watched this I own this Want to Watch Want to buy
Movie Info
Synopsis: When Decker's gang holds up a stage, henchman Lefty takes a lady's rings. Later lefty accidentally exposes the rings buying ammunition and Cheyenne sees them. When Lefty tries to shoot Cheyenne he is captured. Now Cheyenne wants the rest of the gang and their leader.


Tagline: SLASHING A NEW THRILL TRAIL ACROSS THE OLD WEST!

Tension at Table Rock
Paint Your Wagon
Money, Women and Guns
Stagecoach Buckaroo
The Tall T
The Gold Diggers
Wanderer of the Wasteland
Riding Shotgun
Six Bounty Killers for a Massacre
The Girl of the Golden West
Take Me Back to Oklahoma
Rawhide