Interact with the Movie: Favorite I've watched this I own this Want to Watch Want to buy
Movie Info
Synopsis: Sean Bean is back as the swashbuckling hero in Sharpe's Challenge, an action packed mini-series to be shot on location in Rajasthan, India. Two years after the Duke of Wellington crushes Napoleon at Waterloo, dispatches from India tell of a local Maharaja, Khande Rao, who is threatening British interests there. Wellington sends Sharpe to investigate on what turns out to be his most dangerous mission to date. When a beautiful general's daughter is kidnapped by the Indian warlord, the tension mounts, leaving Sharpe no option but to pursue the enemy right into its deadly lair. Deep in the heart of enemy territory he also has to keep at bay the beautiful but scheming Regent, Madhuvanthi, who is out to seduce him. The fate of an Empire and the life of a General's daughter lie in one man's hands...

Saints and Soldiers
The Charge of the Light Brigade 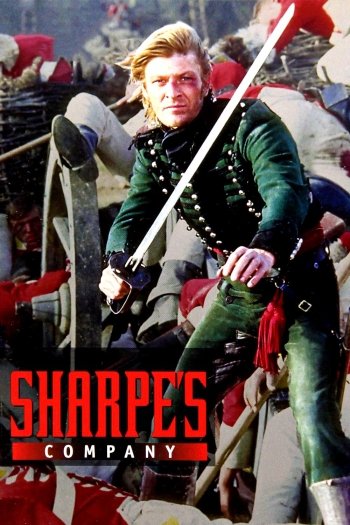