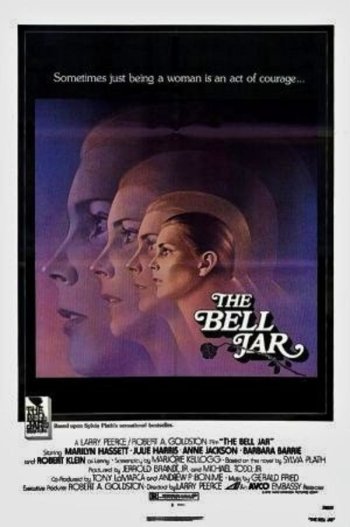 Interact with the Movie: Favorite I've watched this I own this Want to Watch Want to buy
Movie Info
Synopsis: Adaptation of the 1963 novel by Sylvia Plath. Details a young woman's summer in New York working for a Mademoiselle-like magazine, return home to New England, and subsequent breakdown all amidst the horrors of the fifties, from news of the Rosenbergs' execution to sleazy disc jockeys and predatory college boys.


Tagline: Sometimes just being a woman is an act of courage...