Info
Alpha Coders 6 Wallpapers 28 Images 3 Avatars
Interact with the Movie: Favorite I've watched this I own this Want to Watch Want to buy
Movie Info
Synopsis: A film adaptation of the classic sword and sorcery hero, Conan the Barbarian. A horde of rampaging warriors massacre the parents of young Conan and enslave the young child for years on The Wheel of Pain. As the sole survivor of the childhood massacre, Conan is released from slavery and taught the ancient arts of fighting. Transforming himself into a killing machine, Conan travels into the wilderness to seek vengeance on Thulsa Doom, the man responsible for killing his family. In the wilderness, Conan takes up with the thieves Valeria and Subotai. The group comes upon King Osric, who wants the trio of warriors to help rescue his daughter who has joined Doom in the hills.

View the Full Cast of Conan the Barbarian 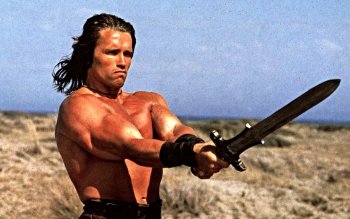 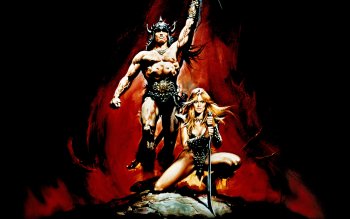 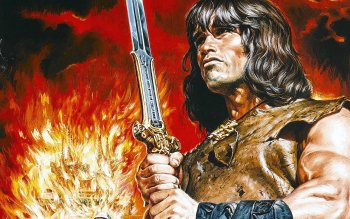 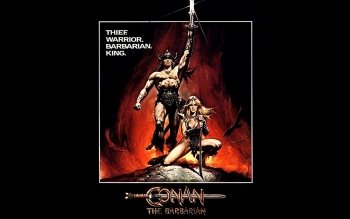 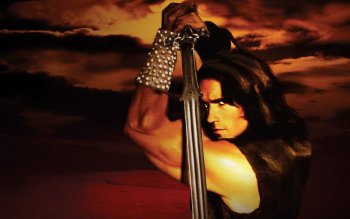 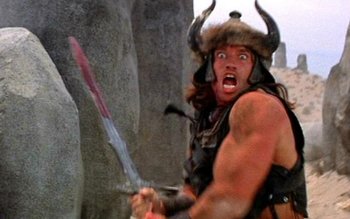 The Magic Sword
Lord Protector
Demetrius and the Gladiators
Ator, the Fighting Eagle
The Archer: Fugitive from the Empire
The Warrior and the Sorceress