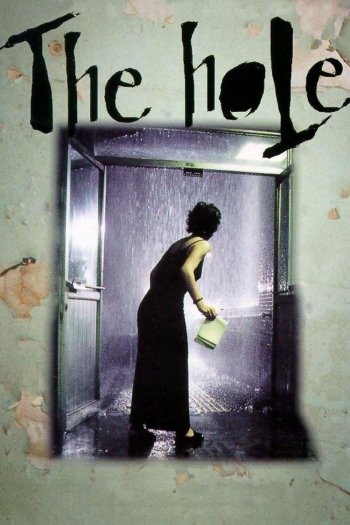 Info
1 Images
Interact with the Movie: Favorite I've watched this I own this Want to Watch Want to buy
Movie Info
Synopsis: In the final days of the year 1999, most everyone in Taiwan has died. A strange plague has ravished the island. Supposedly spread by cockroaches, the disease sends its victims into a psychosis where they act like the insects. Eventually, they die. The Hole takes place in a crumbling apartment building. Its two protagonists live right above and below each other. The woman is on the lower floor, and the pipes above her apartment are leaking fiercely, threatening to destroy her food supply, not to mention her sanity. She calls a plumber to go check it out, and he accidentally pokes a hole through the floor of the man's apartment. The two have never met before, and they come into contact through the hole.

The Slipper and the Rose

Cabin In the Sky

Snow White and the Three Stooges