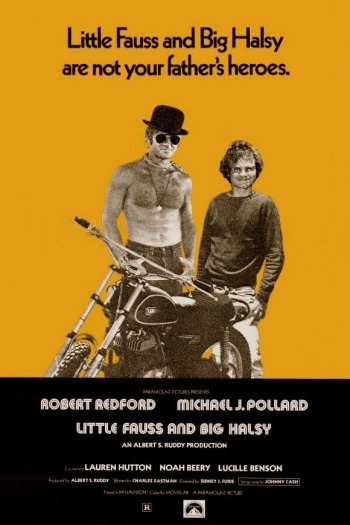 Info
2 Images
Interact with the Movie: Favorite I've watched this I own this Want to Watch Want to buy
Movie Info
Synopsis: A comedy/drama about an unlikely pair who share a passion for motocross. Halsy Knox (Robert Redford) is the womanising but shallow star while in the end the unlikely Little Fauss (Michael J. Pollard) shows that depth can count.


Tagline: Little Fauss and Big Halsy are not your father's heroes