Interact with the Movie: Favorite I've watched this I own this Want to Watch Want to buy
Movie Info
Synopsis: Ely Bali balak is the second movie done by Mohammad Saad as the lembi character though this character appeared in one movie before (el nazer).This sequel doesn't take off where the original ( el lembi) left in fact its of a different plot and different cast as well, so the only thing in common is Mohammad saad himself and his unmistakable lembi vocals. The movie is about a guy called "el lembi" who repeatedly robes his uncle and was put in jail. He then tries to escape and the prison warden (Mohammad Saad too) tries to catch him then an unfortunate accident takes place and a brain transplant surgery takes place the con's brain given to the policeman and a lot of awkward situations arise. The movie has a lot of funny moments, plenty of laughs.the story line is lacking or almost not there , and of course no real plot.If you were looking for a 'no brainer' funny movie i would recommend watching this movie.

Desires of the Heart 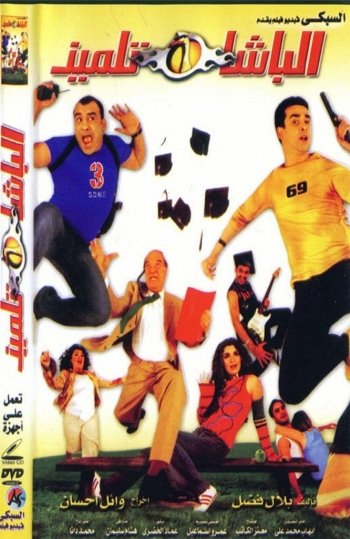 She Made Me a Criminal