Info
1 Wallpapers 30 Images 2 Gifs
Interact with the Movie: Favorite I've watched this I own this Want to Watch Want to buy
Movie Info
Synopsis: In Los Angeles, a gang of bank robbers who call themselves The Ex-Presidents commit their crimes while wearing masks of Reagan, Carter, Nixon and Johnson. Believing that the members of the gang could be surfers, the F.B.I. sends young agent Johnny Utah to the beach undercover to mix with the surfers and gather information.


Tagline: Twenty-seven banks in three years. Anything to catch the perfect wave. 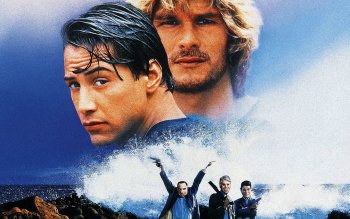 Into the Wild
One Week