Info
Alpha Coders 1 Wallpapers 2 Images
Interact with the Movie: Favorite I've watched this I own this Want to Watch Want to buy
Movie Info
Synopsis: Billy Hayes is caught attempting to smuggle drugs out of Turkey. The Turkish courts decide to make an example of him, sentencing him to more than 30 years in prison. Hayes has two opportunities for release: the appeals made by his lawyer, his family, and the American government, or the "Midnight Express".


Tagline: Walk into the incredible true experience of Billy Hayes, and bring all the courage you can! 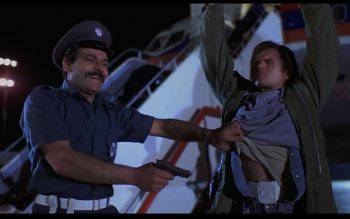 Freeway
The Escapist
My Brother's Keeper

The Night Visitor
Acts of Violence