Info
11 Wallpapers 2 Art 9 Images 2 Gifs
Interact with the Movie: Favorite I've watched this I own this Want to Watch Want to buy
Movie Info
Synopsis: Hunchback's story revolves around a beautiful gypsy dancer, Esmeralda (Patsy Ruth Miller) and the men in the life. Esmeralda's possessive guardian is Clopin, King of the Beggars (Ernest Torrence). He is willing to barter her to advance his interests and those of his impoverished followers. She loves and is loved in turn by Phoebus de Chateaupers (Norman Kerry) a cavalier of King Louis XI (Tully Marshall). Esmeralda is also the obsessive object of Jehan (Brandon Hurst) the villainous brother of Dom Claudio (Nigel De Brulier) the cathedral's saintly Archdeacon. And she is adored by Quasimodo, the grotesque bellringer of Notre Dame for her kindness to him after an unjust flogging. During a tender moment between the dancer and the soldier, the jealous Jehan stabs Phoebus. Esmeralda is accused of the crime, tortured and sentenced to hang. Workmen from the cathedral stop laboring to enjoy her public execution, the following day, while Quasimodo watches in horror.

View the Full Cast of The Hunchback of Notre Dame

View all 11 Wallpapers Recent The Hunchback of Notre Dame Wallpapers 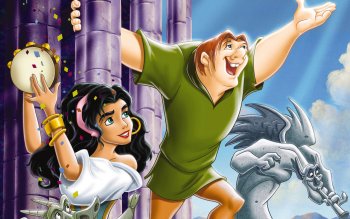 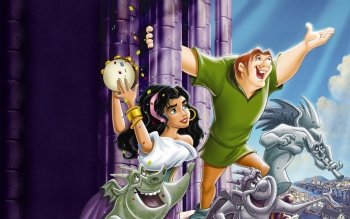 From Beyond the Grave

Simon, King of the Witches