Info
Alpha Coders 1 Wallpapers
Interact with the Movie: Favorite I've watched this I own this Want to Watch Want to buy
Movie Info
Synopsis: A goat named Mei wanders into a barn one night seeking shelter from a storm. In the barn, the goat meets another refugee. The two can neither see nor smell each other, but never the less they huddled together fending off the cold, and begin to talk. Eventually they establish a friendship. The two decide to meet later and will recognized each other by using the password "one stormy night." The next day, when they meet, Mei learns that his companion from the night before was a wolf named Gabu. Despite their natural predisposition as enemies, they share a common bond and begin meeting regularly. However, Mei's flock and Gabu's pack eventually find out about their relationship and forbid the friendship. Mei and Gabu, hoping to preserve their friendship, cross a river during a storm. They hope to find an "emerald forest" free from persecution. 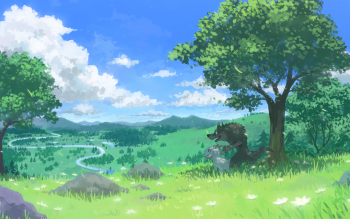 The Transformers: The Movie
Felidae