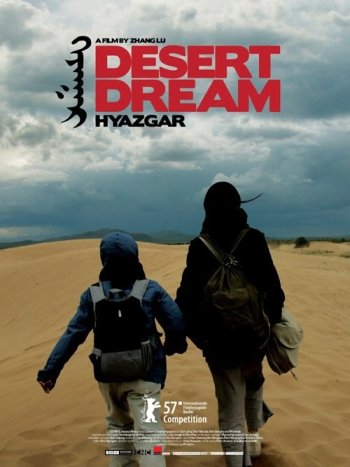 Info
1 Images
Interact with the Movie: Favorite I've watched this I own this Want to Watch Want to buy
Movie Info
Synopsis: This film takes place in a remote area, a desert region situated somewhere between the Mongolia and Chinese border. The town has become nearly void of all inhabitants except for Hangai, who works obsessively to plant trees in the desert area. Hangai’s own wife has recently left him, as their daughter became increasingly ill. While Hangai wallows in solitude, a North Korean refugee arrives at his doorstep with her son. They ask for shelter and Hanghai obliges. Although the trio can’t even speak a common language, they are able to communicate nonethless and work together to plant trees. It seems Hanghai is attracted to Soon Hee, but she doesn’t feel quite the same way. Then a Mongolian soldier stationed at a nearby camp, befriends the trio and the dynamics of their relationship start to change.