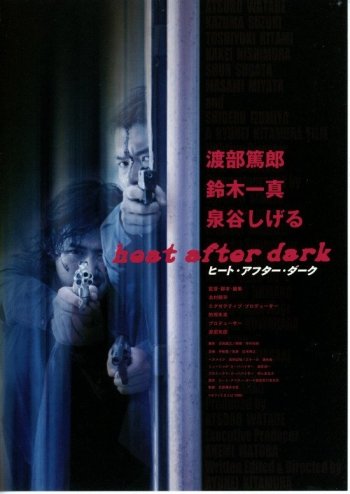 Info
1 Images
Interact with the Movie: Favorite I've watched this I own this Want to Watch Want to buy
Movie Info
Synopsis: Heat After Dark is director Ryuhei Kitamura's first theatrical release. This 50 minute film is predominantly a character study within an intense action drama. Those familiar with Kitamura's later works, perhaps especially Versus will realize this is the beginning of his characetristic modus operandi. Here, the well defined characters consist of the innocent (the cop), the relatively good (Atsuro Watabe), the relatively bad (Shinichi Suzuki), and the absolutely bad (Shigeru Izumiya ), and a few other Yakuza hoodlums thrown in for entertainment.