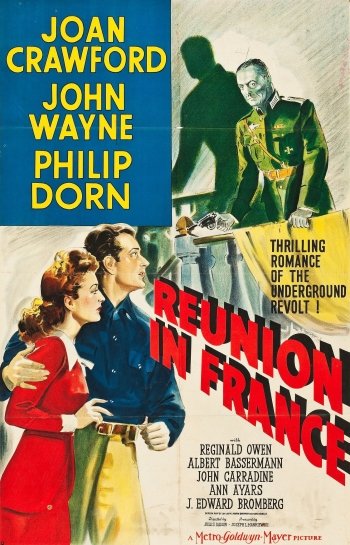 Info
Alpha Coders 1 Images
Interact with the Movie: Favorite I've watched this I own this Want to Watch Want to buy
Movie Info
Synopsis: Frenchwoman Michele de la Becque, an opponent of the Nazis in German-occupied Paris, hides a downed American flyer, Pat Talbot, and attempts to get him safely out of the country.


Tagline: The Picture Of The Hour! France In Open Revolt! Leaping From The Headlines! The Underground Of Paris!