Movie Abyss Tomorrow I'll Wake Up and Scald Myself with Tea 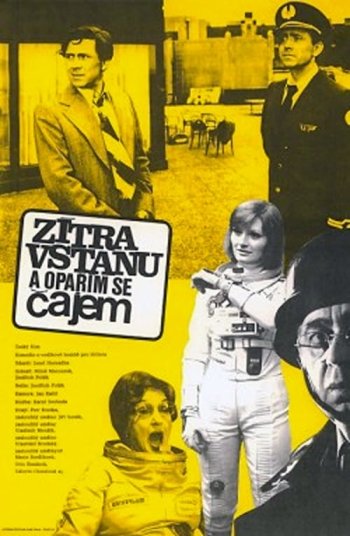 Tomorrow I'll Wake Up and Scald Myself with Tea

Info
Alpha Coders 1 Images
Interact with the Movie: Favorite I've watched this I own this Want to Watch Want to buy
Movie Info
Synopsis: Former Nazi Klaus Abard survives to the 1990s by taking anti-ageing pills. He plans to use a time travel trip to return to Germany in 1944 and present Hitler with a hydrogen bomb, so that he can win the war. Unfortunately the pilot, woman-chasing Karel Bures, dies on the morning of the trip and his earnest twin brother Jan impersonates him, without knowing about the plot. The plot goes wrong when they lose the bomb and land near Hitler's bunker in 1941, at a time that the Nazis sense victory. Bures, with two of the plotters, escape capture by the Nazis and make it back to the time machine. Bures programs the machine to return one day before they left, because he figures he can then save his brother and foil the plot.