Movie Abyss Tugger: The Jeep 4x4 Who Wanted to Fly 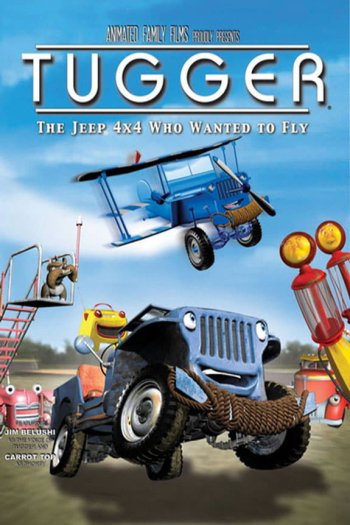 Tugger: The Jeep 4x4 Who Wanted to Fly

Info
1 Images
Interact with the Movie: Favorite I've watched this I own this Want to Watch Want to buy
Movie Info
Synopsis: Tugger is a little jeep. During World War II, his engine fan was replaced with a real airplane propeller. Since then, he's known that one day, he too will fly in the skies. While spending his time doing boring work towing airplanes around, he never let go of that dream, and who knows, it may just come true some day...


Tagline: Tugger the jeep has a dream to fly but he has much to overcome. Will he realize his dream in the end?