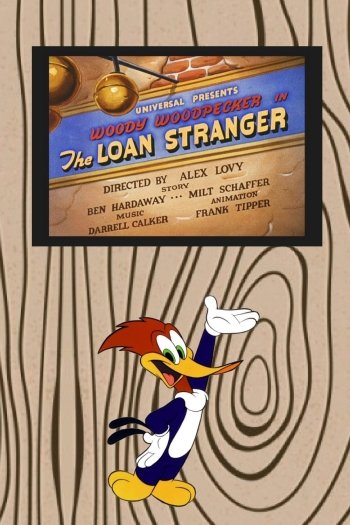 Info
Alpha Coders 1 Images
Interact with the Movie: Favorite I've watched this I own this Want to Watch Want to buy
Movie Info
Synopsis: Woody is happily (and nuttily) driving down the street when his car breaks down. He tries to get a loan on it from a nearby wolf. The wolf agrees to give Woody the loan but exclaims if he doesn't receive payment in thirty days, he'll take Woody's car away. Sure enough, a title card tells us, "Thirty days have elapsed (and so has Woody's memory)". The wolf appears at Woody's door trying to serve him with a notice but the crafty woodpecker pretends he's not home. The wolf tries to trap him disguised as a deliveryman giving Woody a cake... but the woodpecker throws it in his face bellowing, "I don't like cheesecake!" Finally, the fox throws a punch at Woody and believes to have seriously injured him. He sympathetically agrees to forget about the loan only to be infuriated when Woody "recovers" holding a cuckoo clock and asking, "How about a loan on the clock, Doc?"


Tagline: How about a loan on the clock, Doc?