Info
Alpha Coders 1 Wallpapers 13 Images
Interact with the Movie: Favorite I've watched this I own this Want to Watch Want to buy
Movie Info
Synopsis: Frank Corvin, ‘Hawk’ Hawkins, Jerry O'Neill and ‘Tank’ Sullivan were hotdog members of Project Daedalus, the Air Force's test program for space travel, but their hopes were dashed in 1958 with the formation of NASA and the use of trained chimps. They blackmail their way into orbit when Russia's mysterious ‘Ikon’ communications satellite's orbit begins to degrade and threatens to crash to Earth.


Tagline: Space will never be the same. 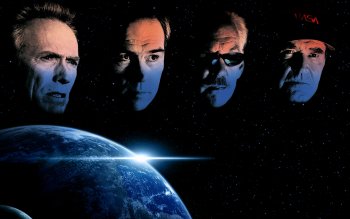