Movie Abyss The Truth That Wasn't There 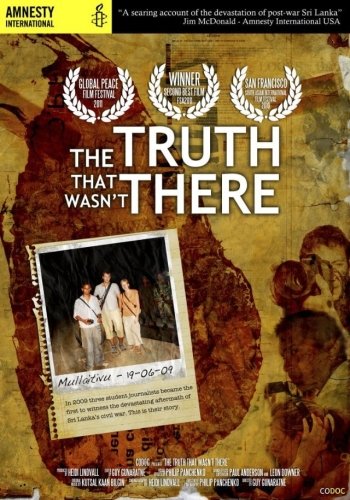 The Truth That Wasn't There

Info
Alpha Coders 1 Images
Interact with the Movie: Favorite I've watched this I own this Want to Watch Want to buy
Movie Info
Synopsis: The Truth That Wasn't There is an award-winning documentary about three student filmmakers who cross the front-lines in the wake of civil war in Sri Lanka. In doing so they became the first independent journalists to visit the final battlegrounds. This is the story of what they found.

Death Is Nimble, Death Is Quick
A Global Warning?

Nanook of the North
Life After People
Synth Britannia
National Lampoon Presents The Beach Party at the Threshold of Hell
The Dudesons Movie
The Search
Hitler's Britain
Spacehunter: Adventures in the Forbidden Zone
The Man Who Came Back